A family of three, a landscape architect, his wife and son, wanted to build a house on an empty plot in a crowded Bangkok’s neighborhood. They told their architect friend that they liked a house that had great relationships between interior and exterior space. The architect’s proposal was very clean and simple, a series of white walls penetrating through green landscape. Rooms were integrated in between those walls, with courtyards between each room. Each courtyard was individually designed in order to deal with different qualities of sunlight each court received. These courtyards did not only provide light to the rooms, but also became extending parts of the interior space. Together the architect and the landscape architect collaborated and created an ordinary residence with extra ordinary interior and exterior relationships.

‘Residence Rabbits’ is a home of a family of three, husband, a landscape architect, his wife, a writer, and their young son, a dreamer.

▼鸟瞰图，墙与墙之间形成平行的关系，aerial view: each wall is parallel with one another

Because he is a landscape architect, he told his architect friend that he needed a house with a series of courtyards. After years of several tries, the architect finally responded with a very simple design gesture, a series of 10 meter tall white walls, created in the East-West axis, penetrating through green landscape. Each wall is parallel with one another, with gaps, ranging from 2.5 to 5 meters in between. These solid walls help protecting the afternoon sunlight from the South. Their white color also helps reflecting the heat away from entering the living space.

▼庭院一方面为房间带来光线，一方面也成为了室内空间向外部的延伸，the courtyards did not only provide light to the rooms, but also became extending parts of the interior space

Rooms and functions were defined between these walls. Each room got 2 views on both the East and the West direction. Full glass windows provide full connections between each room and its garden. Together, these walls and rooms spatially divided the plot into several courtyards. A different garden design, depended on orientations and site conditions of each court, was also created in each of those empty space. The courtyards were designed not only to echo the architecture language, but also to compliment the local climate.

▼室内空间拥有双向视野，views on both the East and the West direction

Because she is a writer, for her, those tall walls are like chapters providing sequences for a variety of stories that could happen inside the house. Each story could be connected to one another with a series of long wooden decks, designed to extend the interior space into the landscape and also to compliment the architectural language of the house, allowing space and activities to seamlessly flow inside out and outside in. Working at home, she wanted the house to keep changing its appearances through out a day. She did not want to decorate the white walls with paintings. Instead, by keeping them untouched, the walls become a blank canvas allowing Mother Nature to change patterns of those walls with her light and shadow choreograph. When the house changes its appearance, the mood is also changed. So are new stories that will keep happening through out the house and the garden.

▼空白的墙面犹如一块整洁的画布，the walls are kept untouched to become a blank canvas

Because the little one is a dreamer, this house and garden become a place for him to imagine. One day the pool could be an ocean while, the next day, the outdoor seating could be a mountain. Because the house is in such a crowded neighborhood, his father wanted to add as much greenery back to the area as possible. By doing so birds and butterflies start to come back to the area. By allowing him to spend more time outdoor, listening to birds singing and enjoying butterflies aerodynamics moves, which, unfortunately, become rare in modern Thailand, the family believe that their son would absorb the love of nature and, hopefully, grow up to be a better person who appreciates and concerns about environment in the near future.

▼在庭院中感受大自然的关爱，to absorb the love of nature in the green courtyard 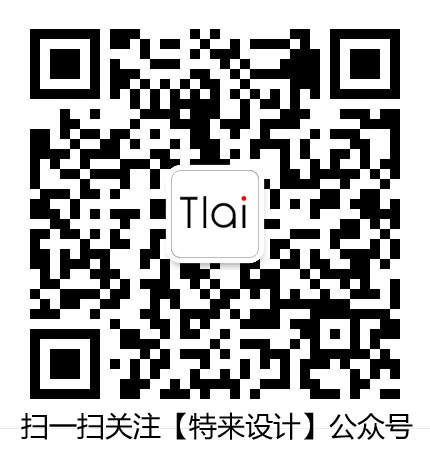